If your favorite magazine tries to make a tour of the classics of the good old days in its “retro pin” category, we have to admit that we often stay focused on our dear Bally/Williams machines, probably wrongly. But what do you expect, we are so mainstream at Pinball Mag.!

So, this year 2022, we’re going to look at another pinball giant of the time (we could even say THE giant since it can boast of being the biggest manufacturer of pinball machines, no less…): Gottlieb.

And to break the codes a bit more, we are not going to talk about a cult hit, but about a title a bit more discreet and nevertheless very good: Counterforce, released in 1980.

With the slogan “The Pinball that fights back”, Gottlieb promised us a pinball that would defend itself against us, poor players…

Was this a rather presumptuous publicity or a successful bet? This is what we will try to see together today.

Counterforce is a pinball game based on the theme of space battles and it is therefore logical that the design of the box is tinted with a dominant pink color. Well, no, not black symbolizing outer space, but a raspberry pink with white speckles (to symbolize the stars) and a few ships in black flat design attacking a city in a very basic artwork. Without being the ugliest artwork, it is frankly not the prettiest we have seen.

The backglass rectifies the situation by offering a rather detailed and colorful artwork that will at least have the merit of staying in line with the pink of the box. A habit of Gordon Morison, illustrator at Gottlieb at the time, who used a similar colorimetry in many of his artworks (Sinbad, Charlie’s Angels or Solar Ride to name a few).

As far as the quality of the drawing is concerned, it is unfortunately still rather messy and you’ll have to squint a bit to see the subtleties of the pencil stroke. The space combat is not necessarily obvious at first glance.

In the end, the playfield comes out the best with a real split between the top and the bottom, each representing respectively the attack, with the bombs falling, and the defense with the soldiers in armor pointing their blaster at the enemy. Plastics are used here to symbolize some elements of a city that the player has to defend at the bottom and to materialize the enemy ships at the top of the board.

The tone is set and the contract is fulfilled on this side. Remember: “The Pinball that fights back”. So you press the start button and start the hostilities…

When the video game flirts with the pinball machine…

After launching the ball, we understand very quickly where the game designer wants to take us: we will have to play for time and aim with precision to hope to score on this machine. If the parallel with the video game Space Invaders released in 1978 is quite obvious on the artwork, it is also obvious in the gameplay.

Indeed, you will have to destroy (as in the video game) the ugly bomb throwing ships before they reach our bases, destroy them and (if not make us lose the game, as in Space Invaders) sabotage our point multiplier and therefore ruin our precious efforts to try to get the High Score!

If in theory all this seems quite simple, in practice you will have to be very skilful because the numerous bonuses and multipliers are accessible via 4 different flippers. Some of these bonuses are clearly not easy to access, so you’ll have to do it several times, sometimes ending up raging against the machine because a bomb hit a base, thus reducing your scoring efforts to nothing.

I told you: you would have to defend yourself against the machine!

The two pop bumpers are cleverly located and will sometimes be your friends, sending your ball into the row of falling targets symbolizing the bombs, and sometimes your enemies, deflecting your ball that you are trying to send into the fixed “Special” target.

By the way, let’s talk about these drop targets. If you don’t like pinball machines whose goal is to hit those dear little plastic legs by the dozen, go away! The main feature of Counterforce is to shoot down these famous targets, either in the traditional way: you send the ball right on top of them (primary and enjoyable) or through some fixed yellow targets, as soon as the corresponding insert is lit (more subtle and less exhilarating).

Anyway, the principle of shooting drop targets to extinguish the rows of inserts that represent the bombs descending as the game goes on is, in itself, an excellent idea and a nice illustration of a gameplay borrowed from the video game but adapted to the pinball concept.

There is enough room, maybe too much

If almost all the System 80s tables released by Gottlieb are widebody (pinball machines whose board dimensions are a few centimeters wider than classic pinball machines), I still have a hard time understanding the reason for this choice.

On some models like Black Hole or Haunted House, the addition of a lower playfield can possibly justify the need for space, considering the technical constraints of the time. But on a Counterforce however, this choice is not necessarily judicious. The playfields of the digital and alpha-digital pinball machines do not yet have the characteristic slope of the next generation pinball machines (which is still the one used today, by the way…) and the wide format of the board only accentuates the impression of “softness”.

If the flow is relatively nice on this pinball machine, it is nevertheless a bit weighed down by the long distances between the different elements, sometimes forcing you to try an identical shot several times to hope to get your ball where you want.

Knowing that the whole game is timed by the bombs that keep falling, this kind of maneuver can sometimes become frustrating during certain phases of the game.

Although most of the pinball machines of this era did not yet have ambient music (in the orchestral sense of the word), they were not without sound effects. The latter allow you to convey a whole bunch of emotions and gameplay indications to show you your progress.

Counterforce is no exception to the rule and will use a well-known strategy of pinball machines whose gameplay is timed: accelerate the background sound effects as the game progresses to remind you that you are playing for time and that you need to get moving! A guaranteed stress generator that blends in perfectly with the gameplay principle of this machine:

This is a classic that works well and completes the general atmosphere of the machine.

Certainly not! Once again, we must go back to 1980 and remember the essence of our beloved machines: scoring. The theme is often only a pretext linked to the generation in which the machine was born to attract the player. A player who will not stop wanting to write one’s name on the High Score table.

In this, the contract with Counterforce is fulfilled. We return with great pleasure as the principle remains simple but addictive.

The ball trajectories, the sound atmosphere, the multiplier combinations and the principle of playing against the machine within a time limit make it an enjoyable pinball game, on which you will always have a good time, especially in multiplayer.

Let’s also salute the performance of Gottlieb who, in 1980, already tried to bring together the gameplay of a video game released 2 years earlier and that of a pinball machine. If some malicious gossip could see in it a lack of idea, or even a stupid and nasty copy of gameplay, for my part I like to see in it the beginnings of a reconciliation between these two universes, which even today, are at the same time so distant and yet so close… 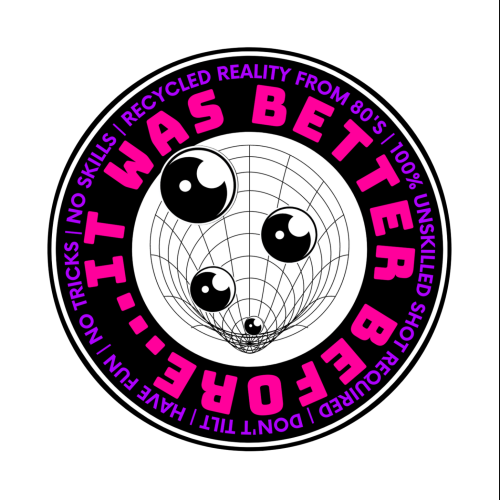