Everything has to start somewhere, and what better way than with the first original table from the VPin-Workshop team to write the first virtual pinball table review on PinballMag. Iaakki (whose interview you can read right here) and his team have been working hard for more than a year to adapt the movie Blood Machines into a virtual pinball (Vpin).

But before getting to the heart of the matter, let’s start by understanding the universe we are offered.

Blood Machines is a French medium-length film released in 2019 and now available on VOD platforms (Youtube). Although the director duo, Seth Ickermann, and the soundtrack author, Carpenter Brut, are French, the film is only available in English. It follows Turbo Killer, a video clip of Carpenter Brut which was also directed by the same Duo. Originally, Blood Machines was to be called Turbo Killer 2: Blood Machines before taking its final title. The film was funded by a Kickstarter campaign. Initially available on the VOD platform Shudder (only in the US, UK and Ireland), the film was split into three episodes: Mima, Corey and Tracy.

If you want to know more about this movie, I urge you to visit the official website.

Once again, you will have to pay a few euros/dollars to fully enjoy the game. However, there’s no need to get too upset since the music can be downloaded for a minimum of 5€/5$. You are free to give more to the author if you feel like it. That said, the purchase of this complete album justifies its cost alone (I love Synth-Wave ^^).

In my opinion, it is not even conceivable to play Blood Machines without the music of Carpenter Brut. To the best of my knowledge.

A vpin loyal to the source

We can argue about tastes and colors for 107 years… but when it’s beautiful, it’s beautiful (who said I had to be objective…). Especially since this table transpires its fidelity to the movie in each of its pixels.

By the way, as Iaakki told us in his interview, the 3D models of the table are from the special effects of the movie !

The list of references is huge, starting with the specter of the Mima facing the warship in the middle of the playfield, also the 3D models of the ship and the android Tracy, the green laser gun, and the inserts of the various multiballs that take up the names of the three movie’s chapters.

The luminous atmosphere is not in rest with green and purple flashers, as well as the luminous pentagons present in bottom of plate in the passages of ramps…

In short, on this point, no reproach to make to this table which respects 100% the original work.

A simple but effective Fan-Layout

Thanks to its fan-layout, Blood-Machines is a fast table with a continuous flow and very satisfying shots. The physics programming is the best in Visual Pinball X today. This adds to the dynamism of the game and will leave you with little down time. If you are a fan of Attack from Mars style tables, you will be seduced by Blood Machines.

The ramp system may seem simple at first, but it is devilishly effective. Only one possible entry, two exits according to the current game modes, with as a bonus this loop punctuated by a dedicated drummer, the “sky-loop”: fun!

If you are in the right tempo, you can loop endlessly. It scores quite quickly, and even more so during a multiball session.

The “Mima-Loop” system placed under the ship is a toy reminiscent of The Gateway pinball machine (Williams 1992). When the ball is inside the circle, translucent walls come out of the board and the ball accelerates and spins. But be careful when the wall disappears, the ball comes out like a cannonball. Prepare the cushioning!

Moreover, this physicality has not only advantages. It makes the table very demanding and sharp on the precision of the shots. If the positioning of the ramps is not a source of planes (when the ball passes between the two beaters), the outlanes are ultra punitive and will generate an almost instantaneous loss of balls. Moreover, the absence of pegs at the entrance of the outlanes limits the usefulness of the nudge in these places where it is usually quite easy to prevent the ball from going. So expect to sweat in front of this table (and to rage from time to time).

A useful and well thought out apron

Each element of the table has its importance and here, the apron was the subject of a particular attention. First of all, the inverted cross on the shot side will become luminous when the ball is waiting to be thrown. This light will be used as a gauge of stretching of the ball and will allow you to better measure your shot. What a good idea, isn’t it?

On the left, the black ball which is a communication screen that activates during the “Portal Room” mode. On its right, a dummy flight instrument will show you the multiplication coefficient of the current bonuses.

A Skillshot inspired by the great names in pinball

Blood Machines offers you a basic Skillshot. The one that consists in sending the ball in front of the lighted insert, a well-known but nevertheless appreciated principle. However, you won’t be able to move the light from one insert to another with the flippers (ha ha ha! that would be too easy)… But that’s not all!

Indeed, just like in Medieval Madness, Monster Bash or Cactus Canyon, you can trigger a special skillshot by holding down the left drummer before throwing the ball. The ball will not stop above the inserts but will continue its course in the outer loop to arrive on your beaters. It’s up to you to catch it on the bounce and send it to the ramp of your choice.

Do you miss the days of the good old monochrome orange DMDs? Then Blood Machines is the table for you! Here, no flashy colorization, no videos on LCD screen… No, no ! We stick to the origins, we’re looking for authenticity, ladies!

Few original tables use UltraDMD (FlexDMD) and even less since the release of PUP-Player (see article on the v-pin). I might as well tell you that it’s a good surprise to see a table released in 2022 using an old fashioned DMD as well.

The animations are clean and perfectly adapted to the 128×32 pixels format. A real work of retranscription of the scenes of the film was made to make them fit in monochrome animations. A daring challenge that was perfectly met.

In this optic of an old-fashioned gameplay, Blood Machines does not get lost in a long and difficult to read code. The originality and richness of this table and its code comes from the game design. Moreover, the 7 missions all have very different objectives and if some missions will be quite simple to achieve others will require a little more cold blood from the player.

The “Heart of Steal” mission, which refers to Lago’s heart problems in the movie, is relatively simple as you will only have to hit the bumpers 25 times.

Similarly, the mission “Portal Room” (also referring to a scene from the movie) will offer you a surprising experience, approaching the eponymous game developed by Valve with a mini board that appears as if by magic and portals in which the ball passes from right to left and from bottom to top. The goal will be to hit the drop-targets located on the left and on the right thanks to two mini batters. If you are careful not to lose the marble during the teleportation phases, you should be able to handle it without any problems.

On the other hand, “The Hunt” will ask you to touch the ship 3 times with the green laser, except that the ship in question is represented by the ball suspended in its center and that it must be detached from its support. So it won’t be enough to touch it but to hit it in the middle, otherwise you will have to charge the laser again by going through the “Mission” shooter to try your luck again… knowing that there is a timer (kiss Lazarus by the way).

Also noteworthy is the bold choice to select missions at the whim of the bumpers. Each time the ball hits a bumper, the mission cursor moves, forcing you to complete the missions in a random order.

The Multiballs are also activated in 3 different ways:

Once the 7 missions and 3 multiballs are completed, you will finally activate the final chapter.

… but the truth is, I still haven’t managed to activate it, so I have to go back and play it again. 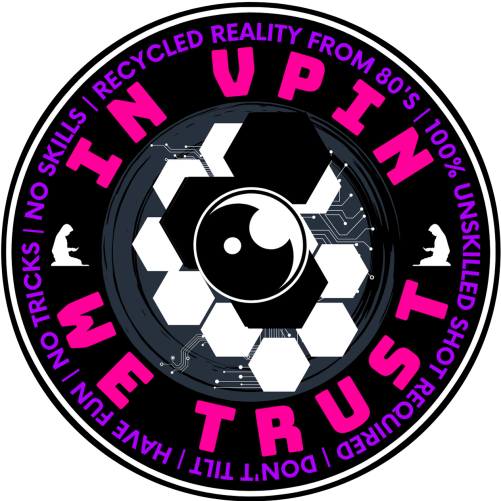